Pu-erh - The Tea that Ages Like Wine
High in the mountains of Yunnan, China, in an area believed to be the birthplace of tea some 4700 years ago, there are groves of ancient tea trees. These trees, some as old as 1200 years of age, flourish naturally under pristine temperate conditions. They are primarily tended and harvested by two Chinese minority ethnic groups, the Dai and the Aini. 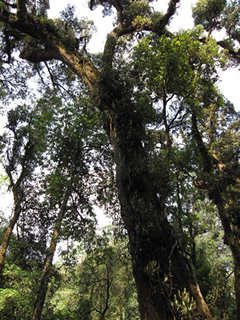 The Dai and the Aini harvest a large leaf version of the tea tree, Camellia sinensis var. assamica) native to the southwest region of Yunnan China (Yunnan Dayeh). Because of the inherent qualities of these leaves, the tea does not lose its flavor with time like other teas. Instead, like wine, Pu-erh tea's taste improves with each passing year, becoming more flavorful, more complex and more mellow. It is perhaps because of this singular feature, the capacity to improve with age, that Pu-erh is also called "a drinkable antique." High quality Pu-erh is in short supply as it is coveted and hoarded by tea connoisseurs in China and Asia. Relatively small amounts of good Pu-erh are left for shipment to tea lovers in the West. Indeed, Pu-erh is a secret treasure yet to be discovered for many outside of Asia. 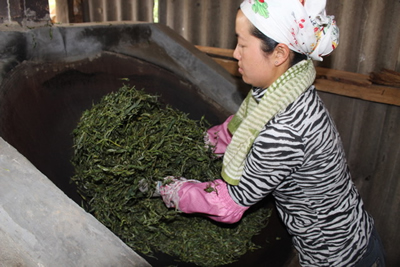 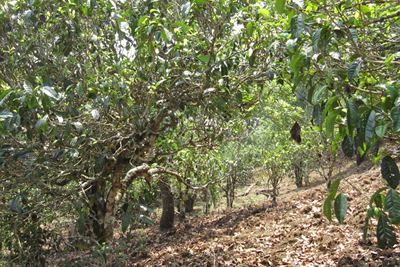 According to historical accounts, sometime during the Tang dynasty (AD 618-907), merchants began packing these large tea leaves into compressed bricks (see our video on pressing tea cakes). These bricks of tea were easier to transport by pack animal than cumbersome loose leaf tea. Because of the long distances and difficult terrain, it would be months and sometimes years before the tea would reach its destination, whether that would be Tibet India or faraway Beijing. Something miraculous occurred during the extended delivery periods and the varying climatic conditions. The tea changed. Not only did the color of the tea transform from green to amber and eventually to dark teak, but also the taste of the tea became livelier, richer, fruitier and smoother. During its months of travel, the tea underwent an aging and fermentation process whereby microbes acted on the tea, causing biological and enzymatic changes. The resulting tea, known to the Chinese as Pu-erh, became highly sought-after, first by royalty, high officials and the literati, and later by tea connoisseurs, not only for its unique taste, but also for its medicinal qualities. 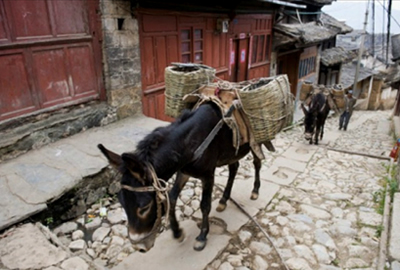 Pu-erh tea is named after a town called Pu-erh located in central Yunnan. Pu-erh did not produce tea; rather, it was a trading post where all teas produced from the nearby tea mountains were sold and traded. For easy transport, teas were compressed into cakes or bricks and transported to different parts of China and Asia by horse caravan. Later, all teas traded in this town came to be known as Pu-erh tea.

Green tea and red tea, the teas popular in the West, are best enjoyed when the leaves are still fresh. But, like wine, Pu-erh tea leaves improve with age. A 357 gram 1950's Red Chop Pu-erh tea disc now sells for over $10,000. It is perhaps because of this singular feature, the capacity to improve with age, that quality Pu-erh is in short supply and is coveted and hoarded by tea connoisseurs in China, Taiwan and Hong Kong, so much so that relatively little is left for shipment to tea lovers in the West. Indeed, Pu-erh is a secret treasure yet to be discovered for many.

The progression of pu-erh tea from one year to 30 years.

return to top of page