There is a popular saying among pu-erh aficionados that: "Pu-erh is produced in Yunnan, aged in Hong Kong, and gained notoriety in Taiwan." The interconnectedness of these three places vis-a-vis pu-erh tea is intriguing and significant in understanding pu-erh tea's resurgence in popularity in recent decades.

For most of the 2oth last century, China was plagued with local revolts, civil war, famine, and world wars. Most of the pu-erh tea produced in Yunnan was primarily exported to Hong Kong and Southeast Asia. As a matter of fact, local Yunnanese did not consume much pu-erh, in part, because pu-erh was reserved as a main source of income for the area. At the same time, Yunnan was very impoverished. Locals said they had little to eat and pu-erh tea could be too harsh for their stomachs. Their tea of choice was Yunnan green tea. 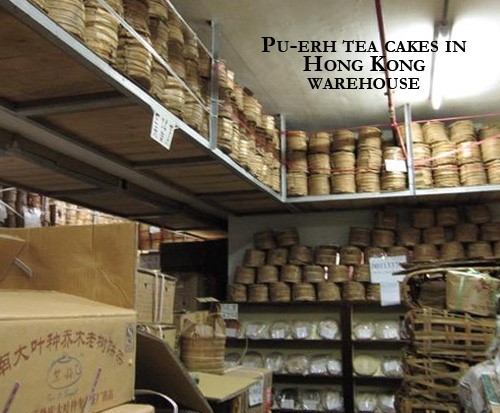 During this time, Hong Kong tea merchants imported large amounts of pu-erh tea from Yunnan. They figured out early that to cater to the typical Hong Kong tea drinker's preferences was to age pu-erh tea at a humid warehouse for a number of years before offering it to customers. When this practice became not sustainable due to increasing demand in the 1970s, Hong Kong tea merchants were instrumental in working together with Yunnan tea factories in researching and later successfully creating ripe pu-erh with a fermentation technique that transforms the tea leaves to emulate the taste profile of an aged pu-erh in a matter of months instead of years. The emergence of "ripe pu-erh" gradually replaced the HK warehoused aged pu-erh.

In the 1980's and 1990's, Taiwan's economy boomed and advanced by leaps and bounds and there was a renaissance of tea culture. Pu-erh tea caught the attention of the academics and tea aficianados, who began to delve into pu-erh tea history, origin, and started to source and collect vintage tea cakes from Hong Kong tea vendors, where these teas were kept in great volume. It so happened that a substantial number of Hong Kong citizens, including tea vendors, emigrated out of Hong Kong during this time due to the anxiety over the city's pending turnover back to China in 1997. Many aged pu-erh were sold to Taiwan tea collectors. Pu-erh tea quickly became the most discussed and sought-after tea among tea drinkers in Taiwan. 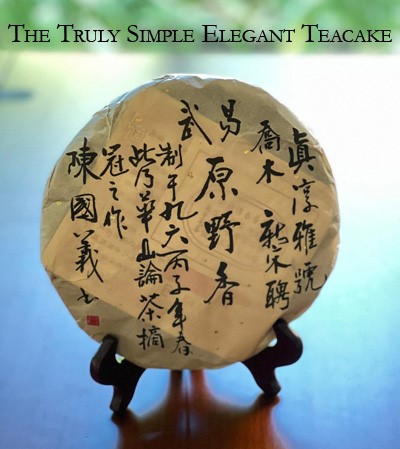 Even as tea connoisseurs and merchants in Hong Kong, Taiwan, and Malaysia were busy trading, drinking, collecting, and promoting aged pu-erh tea and pu-erh culture, pushing the tea's popularity to its height, the concept of aged pu-erh was totally foreign to the tea farmers in Yunnan. In the early-1990's, pu-erh aficionados from Taiwan starting to make pilgrimages to the tea mountains and sharing information with tea makers in Yunnan. Some even tried to recreate the vintage cakes produced at the turn of the past centuries. The most representative cake of this kind was the Truly Simple Elegant tea cake produced in 1996 by Taiwan tea merchant Liu Li Zhen. (see photo)

The exchange of information from the Taiwan visitors was invaluable for people in Yunnan to understand how pu-erh was appreciated outside of China. In the early 2000's, China's economy boomed and, along with information accessibility via the internet, Chinese citizens were able to jump on the band wagon of the pu-erh craze. The awkward thing was there was no aged pu-erh in China. To meet the rising demand, huge volume of aged pu-erh were purchased back from Hong Kong.

Fast forward to today when pu-erh tea's popularity remains strong in China, attracting thousands of eco-tourists and tea buyers each year to Yunnan with hopes of buying authentic mountain-specific pu-erh tea. In Dec. 2021, Tea-master Vesper Chan auctioned many of his vintage and middle-age pu-erh teas at the China Guardian Auction House. At around the same time, Sotheby's Hong Kong launched its inaugural rare and premium pu-erh tea tea auction. Pu-erh tea, "the drinkable antique," along with wine, spirits, moutai, and sake, has joined the league of prestigious collectibles.