The Godfather of Ripe Pu-erh Tea

Most pu-erh drinkers know that ripe pu-erh was created in 1976. However, few know that the technique of fermenting raw pu-erh tea started decades before that.

The story begins with Lu Zhuxun, a son of a tea maker, was born in Guangdong in 1927. Lu’s family immigrated to Macau, where Lu started apprenticing at a tea shop at age 11. Macau, then a colony of Portugal, was the center of the world’s tea trade since the 17th century, until Hong Kong replaced it’s leading position two centuries later.

Lu worked at the famous Ying Kee Tea House in Macau. At that time, pu-erh drinkers in Macau and Hong Kong had a strong affinity toward the “red broth pu-erh,” referring to aged pu-erh tea that had been stored in humid tea warehouses that turned the tea into reddish color.  Lu, in order to meet market demand, started experimenting with a fermentation technique to darken the color of the tea. Lu’s technique paved the way to the eventual technique of making ripe pu-erh in the 70’s, thus earning him the reputation of the Godfather of ripe pu-erh. 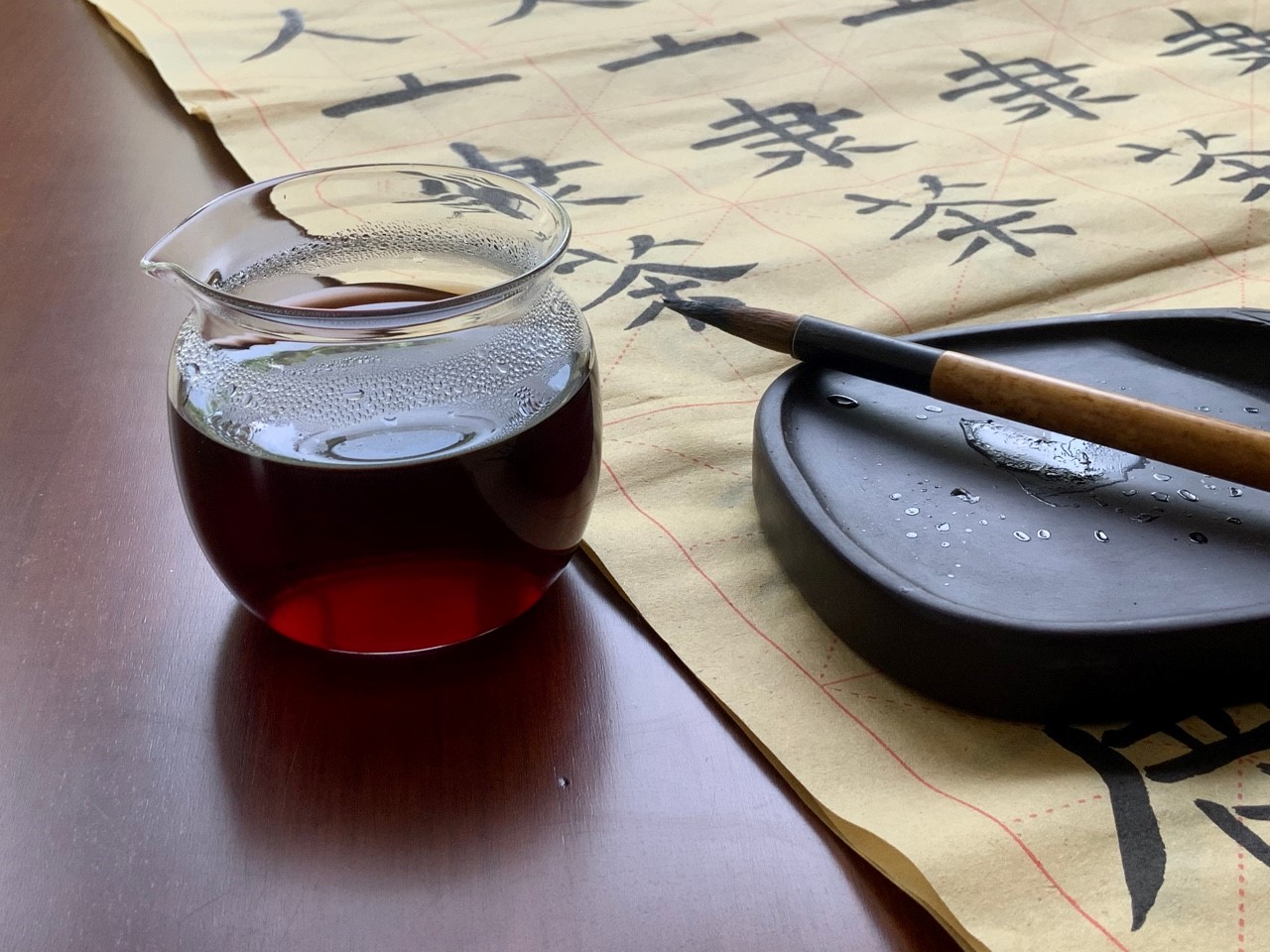 ​Lu left Macau for Hong Kong in 1954 and started his own tea brand. During one meeting, Lu shared his trade secret with his friend Mr. Zheng. This led to Mr. Zheng’s brother to be later hired as the fermentation tea master at the China’s Tea Company in Guangdong. All the pu-erh teas produced from Guangdong during this period were of this “red broth” style and they were widely popular not only in Macau and Hong Kong, but throughout Southeast Asia.

At a tea conference in 1973, the representatives from Yunnan Tea Company became aware of the large demand for the “red broth pu-erh." A committee was formed to travel to Guangdong to learn how this style of pu-erh was made.  Upon their return and upon further research and experimentation, the first batch of artificially ripened pu-erh was successfully produced in 1975 using the pile fermentation (wo dui) technique. Since that time pu-erh tea has been classified into two categories: raw pu-erh which leaves are non-fermented (except for subsequent natural fermentation), and ripe pu-erh which leaves are artificially fermented.

The creation of ripe pu-erh revolutionized the entire pu-erh industry.  In the past, even the “red broth” raw pu-erh required a few years of aging before the tea can achieve the desired smooth texture. The modern-day ripe pu-erh is consumable within several months. It has become the most commonly consumed pu-erh tea.

As ripe pu-erh has undergone full fermentation, much of the bitterness and astringency inherent in the tea leaves have disappeared. Ripe pu-erh is generally earthy, nutty or woody. Good quality ripe-pu-erh should be mellow, clean, smooth, and should finish with a subtle (sugarcane or plum) sweetness, a sensation known as hui tian (return sweetness). Poor quality ripe Pu-erh, on the other hand, is flat, dull, thin, cloudy, and may have an unpleasant taste.