Bana Tea Company hopes to enhance your Pu-erh experience by providing information on the history of Pu-erh tea, the art of tea brewing, and the intricacies of Pu-erh cultivation, harvesting, drying, aging, curing, & storing. For information about the philosophy and origins of Bana Tea Company, please see About Bana. And please take a moment to read A letter from Linda Louie, tea purveyor and owner of Bana Tea Company. 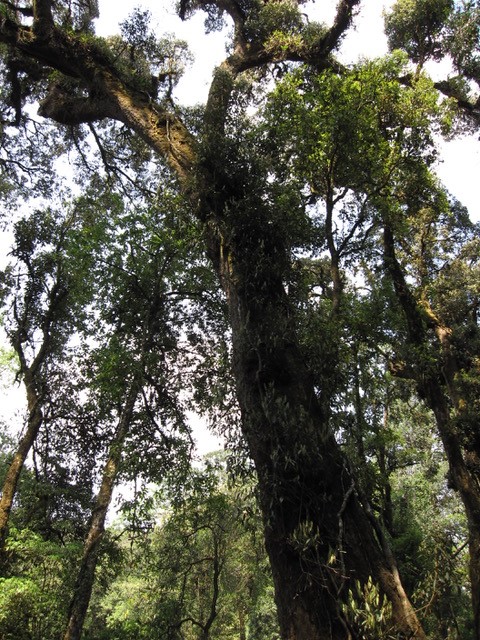 AN OVERVIEW OF TEA

Tea’s origin began in China, long considered to be the source of the indigenous tea plant and later, the birthplace of the first cultivated tea gardens.

A long, long time ago, indigenous wild tea plants were found in the lush and thick forest jungles along Yunnan’s southern borders with Myanmar and Laos. These wild tea trees are found in the old growth forests of Xishuangbanna, an agricultural region nourished by the rich and fertile watershed of the Mekong River. These wild tea trees are estimated to be hundreds and, in some cases, over a thousand years old. 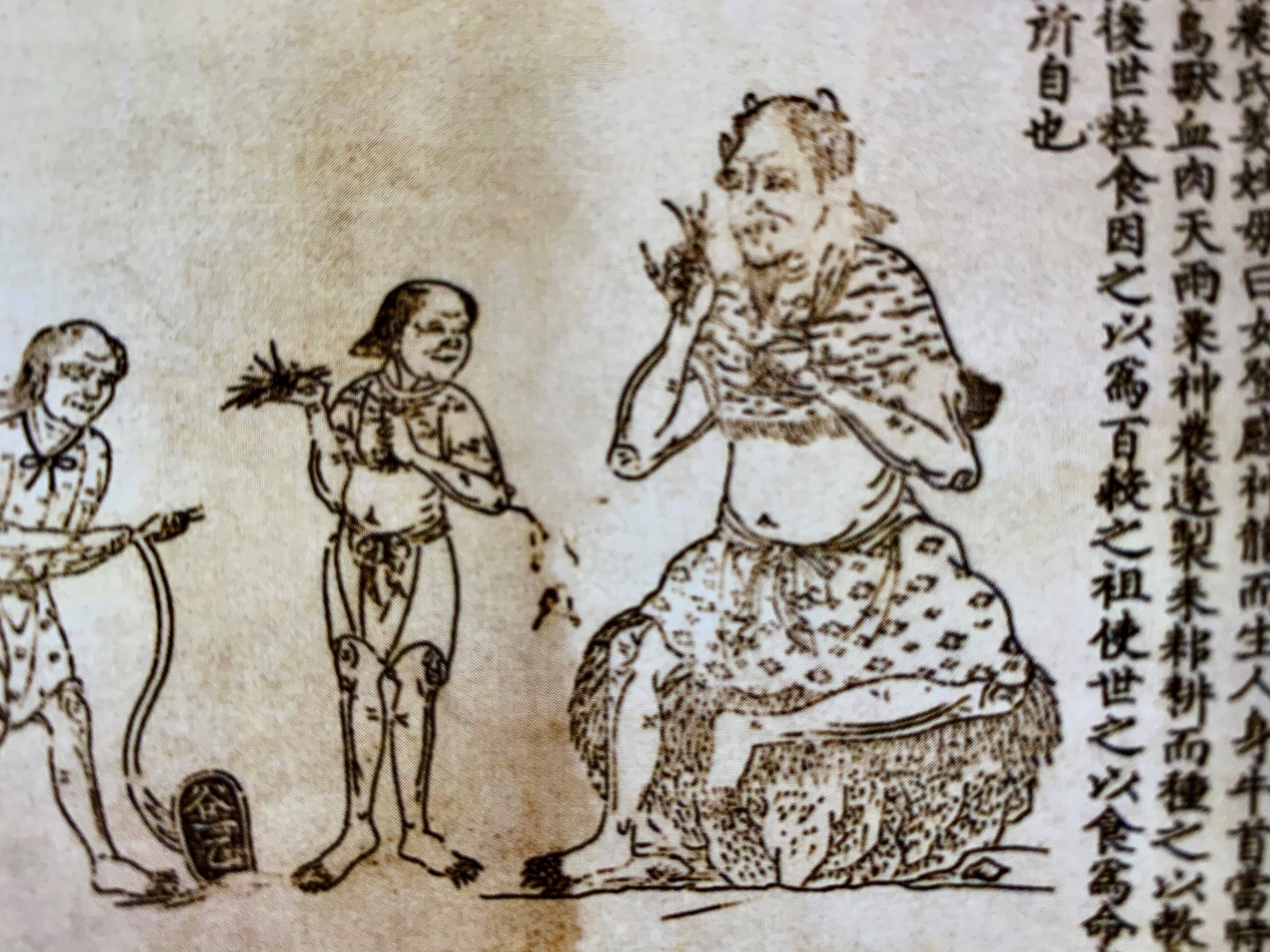 There are many myths and legends surrounding the discovery of tea, the most famous of which is the story of Shen Nong, "The God of Agriculture." This myth relates that Shen Nong discovered tea while sitting in contemplation beneath a tall tree. A gust of wind blew into the branches, sending a shower of tea leaves into Shen Nong’s open cauldron of gently boiling water. Attracted by the pleasant fragrance rising from the steaming brew, the sage sipped the tea. He found its flavor pleasantly bitter with a lingering sweet after- taste. Its effect was soothing and refreshing.

Over the centuries, tea-drinking practices can be divided into three main phases: boiled, whisked and steeped. Tea was first used for its medicinal properties. Tea leaves were boiled with a host of other forest plants, seeds, and herbs into a healing concoction. From medicinal use, tea evolved to be enjoyed by aristocrats in formal tea gatherings during the Tang Dynasty (A.D. 618-907). This marks the beginning of the whisked phase of tea drinking. At about this time tea was introduced to Japan and the whisked tea became and has remained a major element in the Japanese Tea Ceremony. Tea-drinking culture continued to evolve and reached its peak in the Sung Dynasty (A.D. 960-1126). Tea drinking spread from the elite to the common people. The phase of steeped tea began in the Ming Dynasty (A.D. 1348-1644) when tea was prepared in loose leaf form and fine ceramic tea wares were developed. 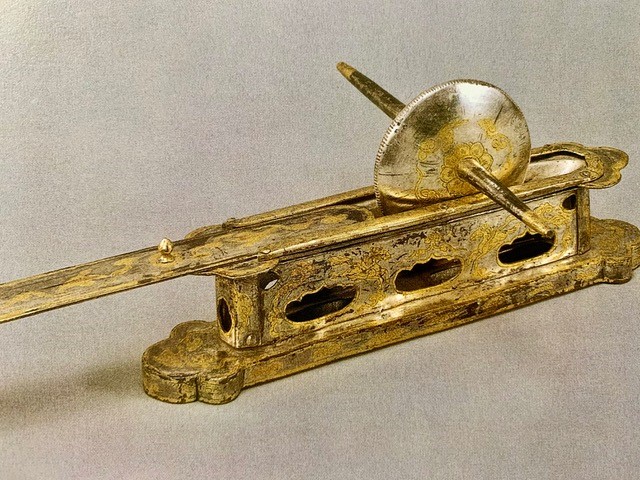 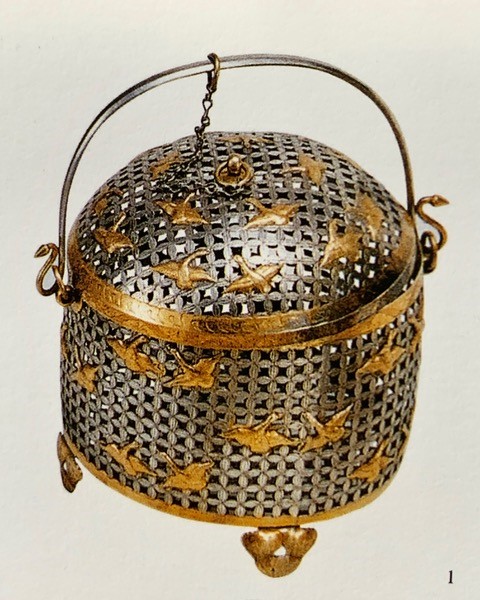 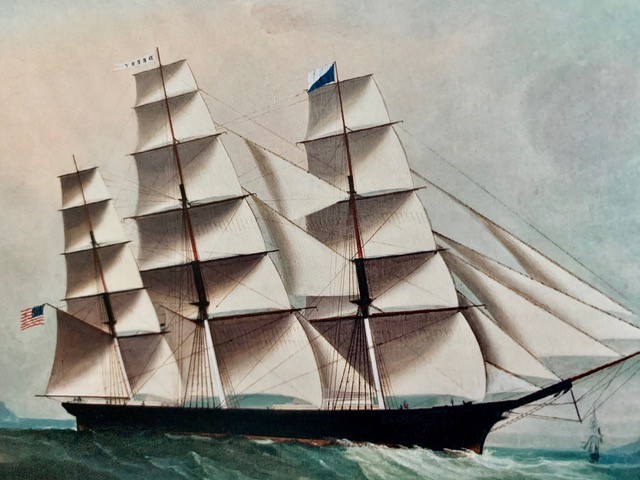 Tea reached Europe and America during the Qing Dynasty (A.D.1644-1911). To make sure the tea did not spoil during the long voyage from China to Holland, the processing of tea leaves further added the step of oxidation to make the tea darker. The leaves were then fired and bake-dried in a way that green tea was not. Hence, black tea (known as red tea in China) was discovered and became the main tea that was exported to European countries. 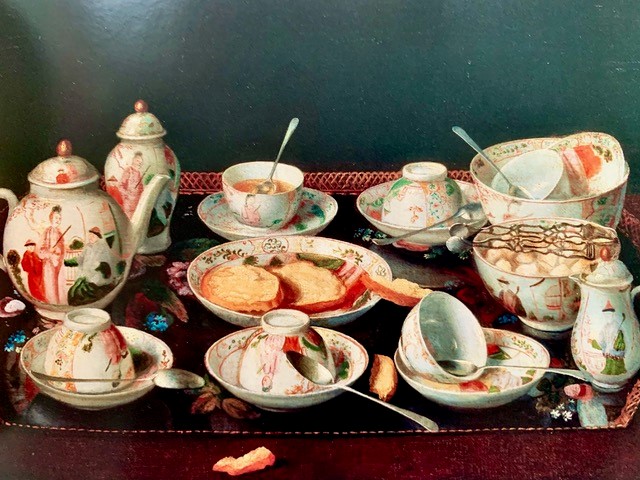 The Portuguese were the first European tea traders, followed by the Dutch and the English who embraced tea in a big way. Different from the Chinese, Europeans added milk and/or sugar to their tea. The demand for tea continued to grow in the West and tea was introduced to America in 1650. The growing demand prompted the English’s desire to gain control of tea importation and production. In 1848, the Scottish botanist Robert Fortune disguised himself as a Chinese businessman and went to Fujian Province where the black tea was made. With the help of Chinese accomplices, Robert Fortune smuggled large amounts of tea cuttings, sprouting seeds, and technical information about tea cultivation from China to India to grow tea for the British.

By 1900, India was supplying 154 million pounds of tea to England, squeezing Chinese tea almost completely out of the tea market. The taste preferences of the western Europeans, which at one point were the beloved Chinese teas, were replaced by the strong, dark teas produced in India. 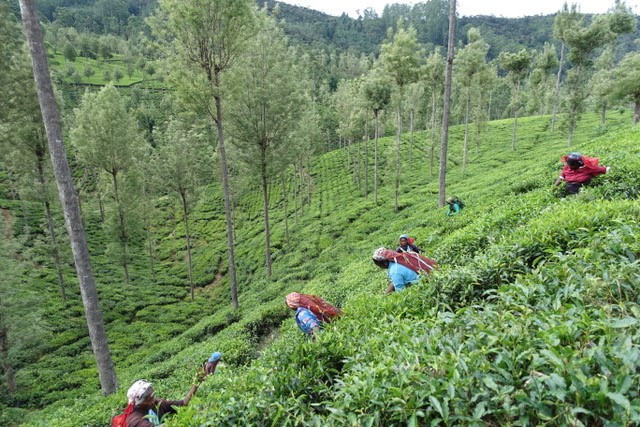 The plummeted demand for tea exports, along with wars and the tumultuous political climate in China forced many tea farmers in Yunnan to abandon their tea gardens to seek jobs elsewhere. These abandoned tea gardens are slowly being re-discovered in recent years due to the resurgence of interest in Pu-erh tea.

Today, tea is the second most consumed beverage next to water. Tea drinking and interests in tea culture are more popular than ever. Tea production has spread to more than 45 countries around the world. In the age of the internet, tea lovers can easily find any tea from anywhere in the world to suit their palate.

• Green tea: Green tea is minimally processed. After plucking, the leaves are left to air dry/wither to soften and to reduce moisture content. After a certain amount of time, the leaves are dried quickly and thoroughly to prevent oxidation. The leaves are then rolled to the desirable shape before undergoing final drying. Green tea is grown in many countries. The major countries producing green tea are China, Japan and Korea. 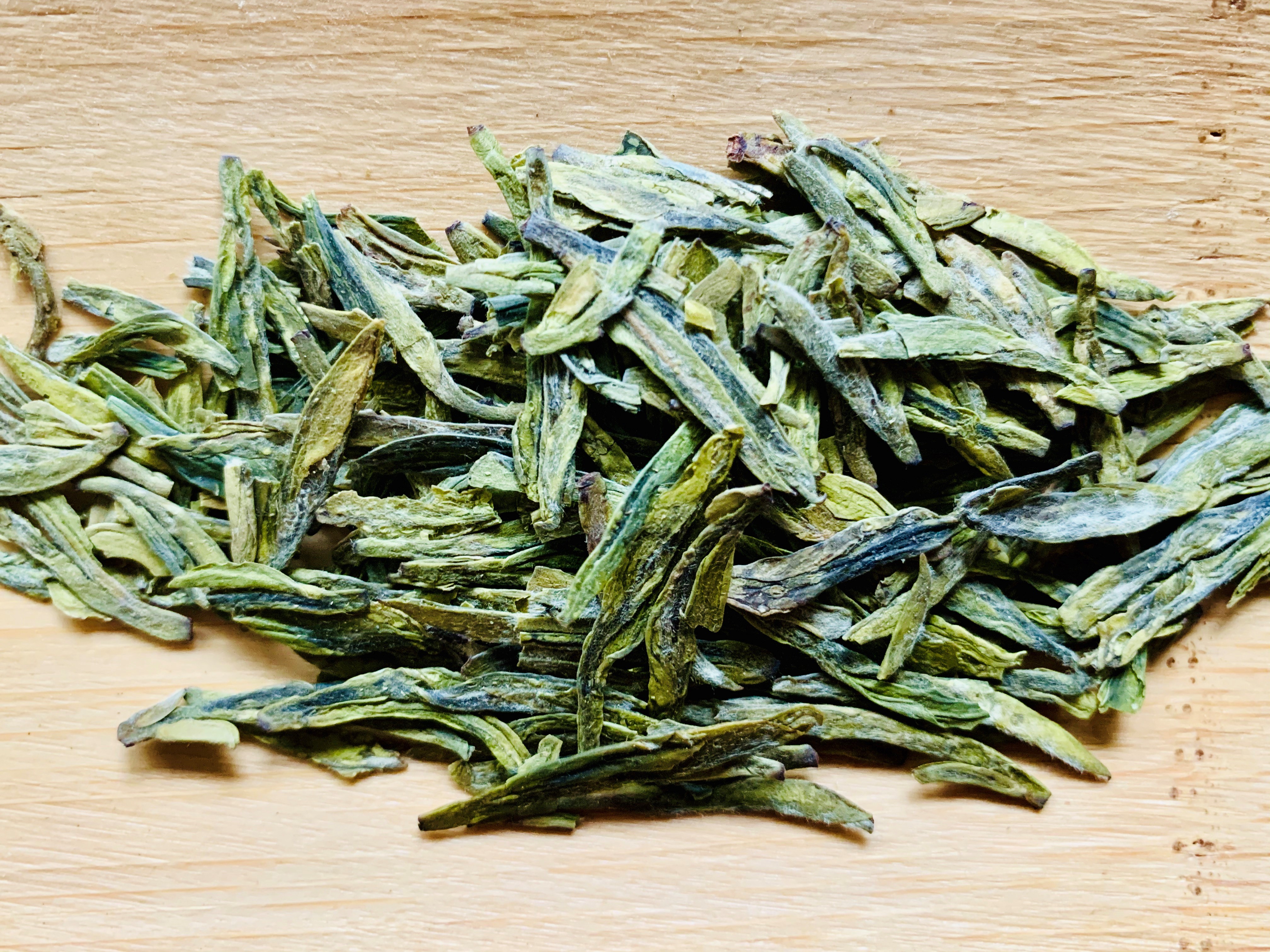 • Yellow tea: Yellow tea is processed in a manner very similar to green tea, but an extra step called "smothering (men huan)" is applied to develop its special flavor characteristics. After pan-frying, the leaves are lightly steamed and then covered with a cloth for a period of time. During this process, astringency is reduced and sweetness is introduced. China is the only country that produces yellow tea. 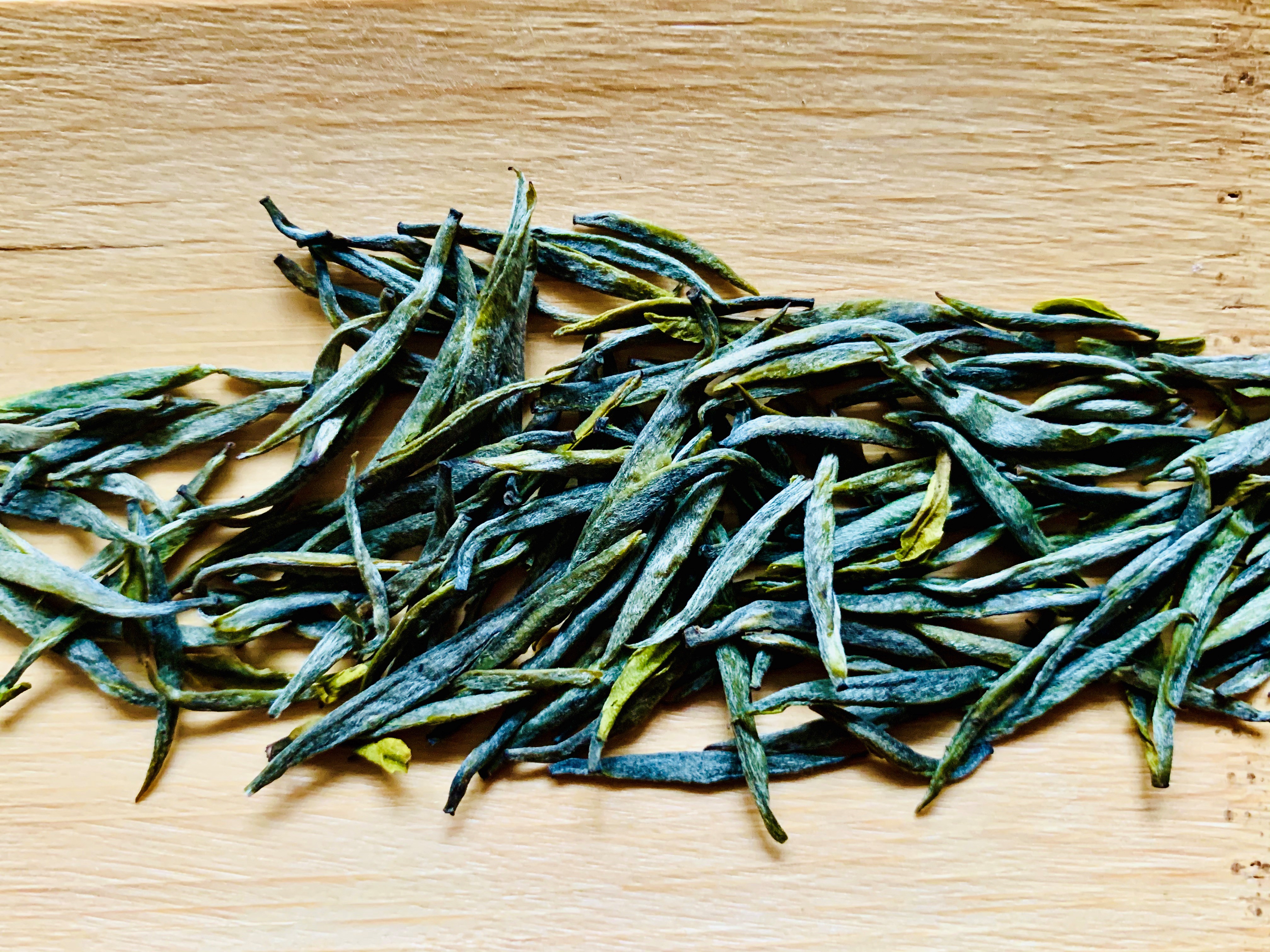 • White tea: After it is plucked, white tea is also minimally processed, although very different from that of green tea. After the pluck, the leaves are withered, first outdoor and then indoor, and then the leaves are bake-dried. China’s Fujian Province is the home of authentic white tea. 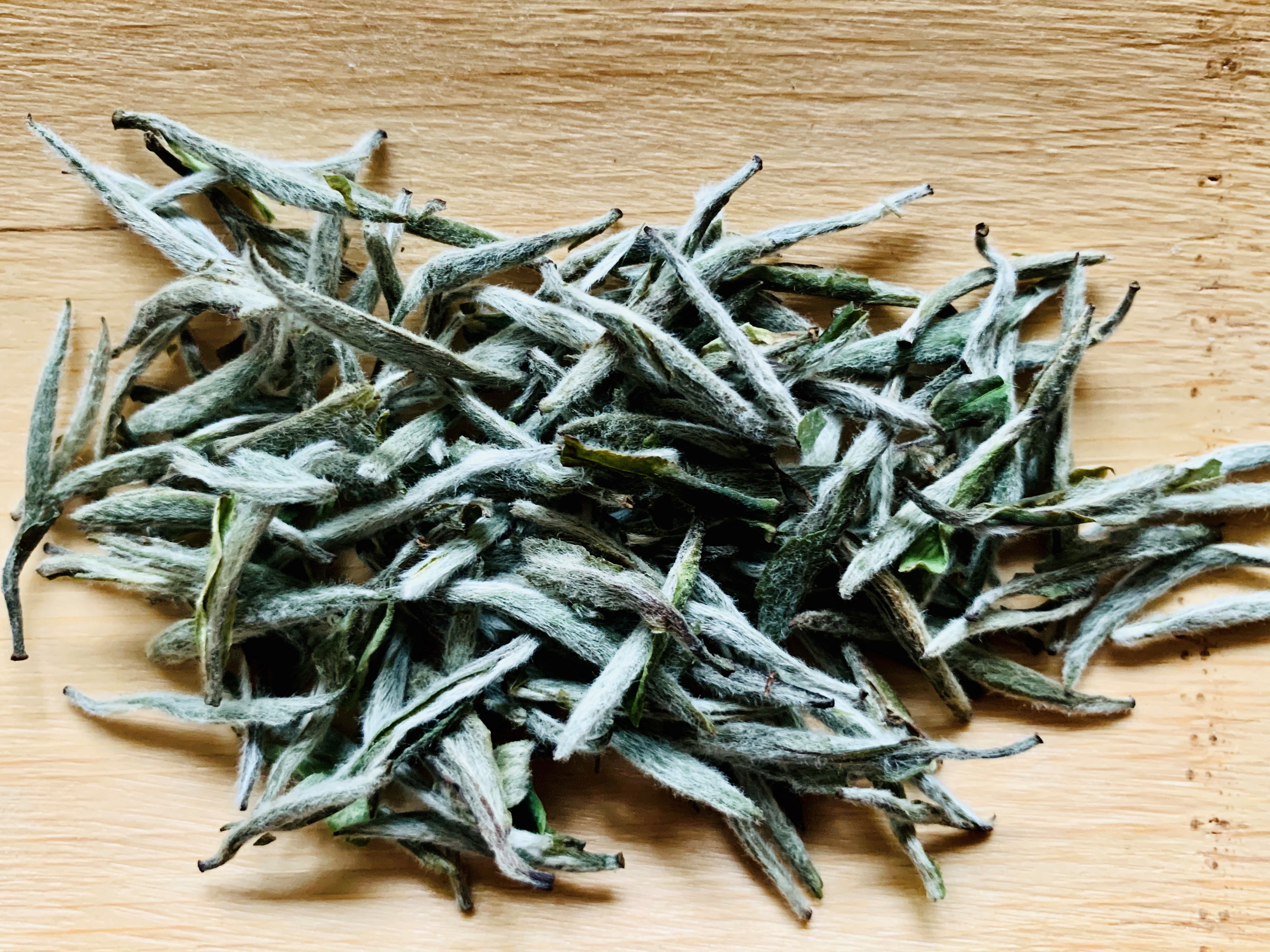 • Oolong tea: Oolong is a partially oxidized tea. It is considered to be the most intricate and complex tea to manufacture. Some oolongs can take up to 36-40 hours to produce, requiring several shifts of workers. The degree of oxidation of oolong tea ranges between 15%-80%. After the pluck, fresh leaves undergo outdoor and indoor withering, during which time the leaves are tossed and rested at time intervals. The withered leaves are then fed to an oven for pan-firing. Following pan-frying, the leaves are brought to a rolling machine to be rolled and shaped. Finally, the rolled leaves are fed into a drying machine. Additional steps of roasting are added to certain Oolongs. Roasted Oolongs are highly sought-after and improve with age. Major oolong producing regions are China (Fujian and Guangdong) and Taiwan. 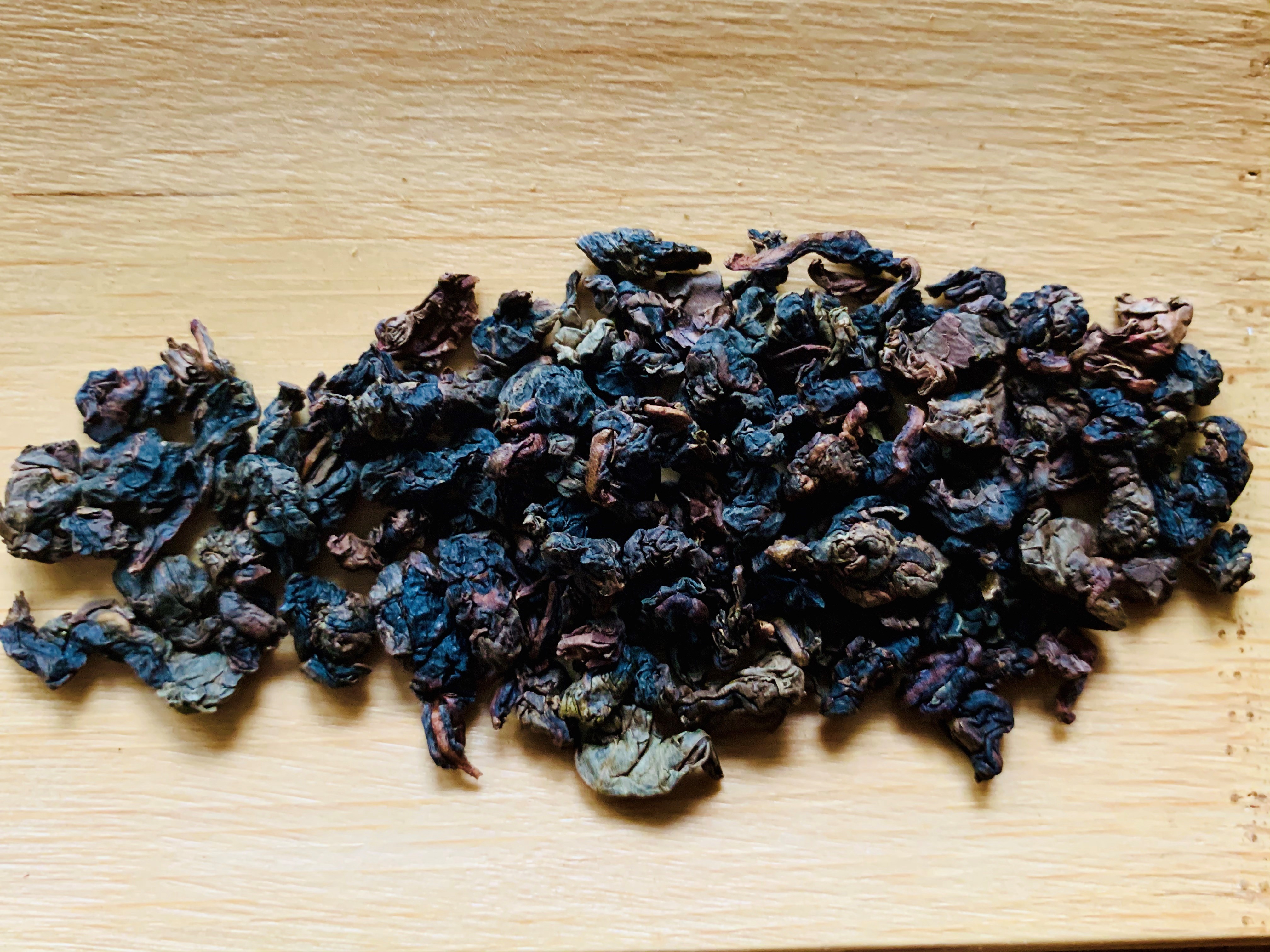 • Black tea: Black tea is a fully oxidized tea. It is the most popular tea in North America for making hot and iced tea, reflecting the tea-drinking influence of English and Europe. Black tea’s production steps after plucking include withering, rolling, sifting, oxidation and drying. Major black tea producing countries are India, Sri Lanka, China and Africa. In China, black tea is called "hong cha", which translates to red tea. 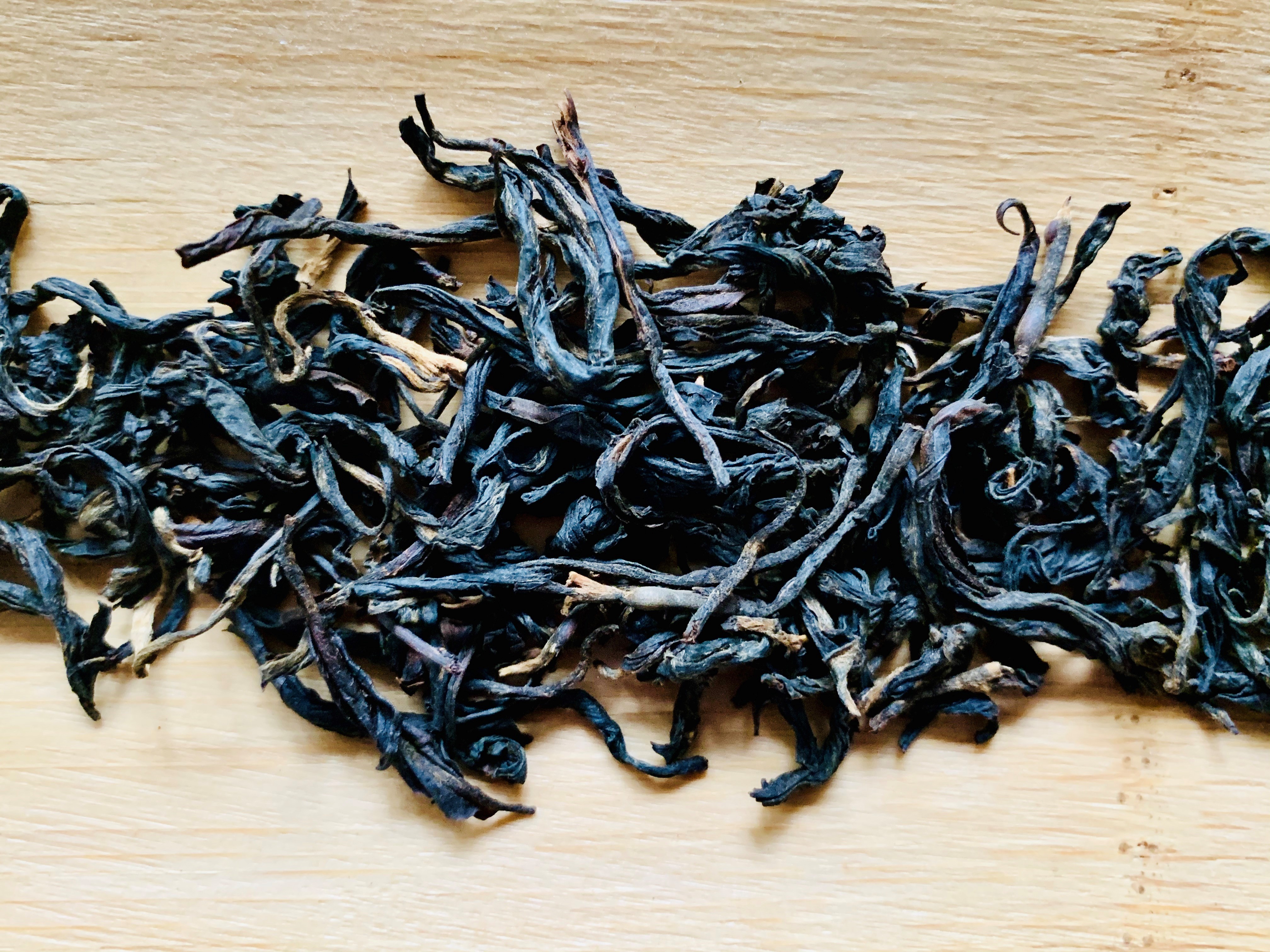 • Dark tea: "Dark" means "black" in Chinese, hence dark tea is black tea in China. To avoid confusion with black tea in the West, most tea experts refer to China’s "black tea" as "dark tea." Dark tea is a post-fermented tea that can be aged. Tea leaves undergo a microbial fermentation process after they are dried and rolled. The degree of fermentation varies among different kinds of dark teas. Pu-erh is the most well-known dark tea. Other dark teas include Liu-an, Liu-bao, Fu-Zhuang and Qian Liang Cha. Dark teas are packed in baskets, compressed in cakes or bricks and packed in logs. As Pu-erh tea has gained in international fame and popularity in recent years, all dark teas have gained attention and the value of aged dark teas is comparable to the value of aged Pu-erh. All dark teas are manufactured in China. 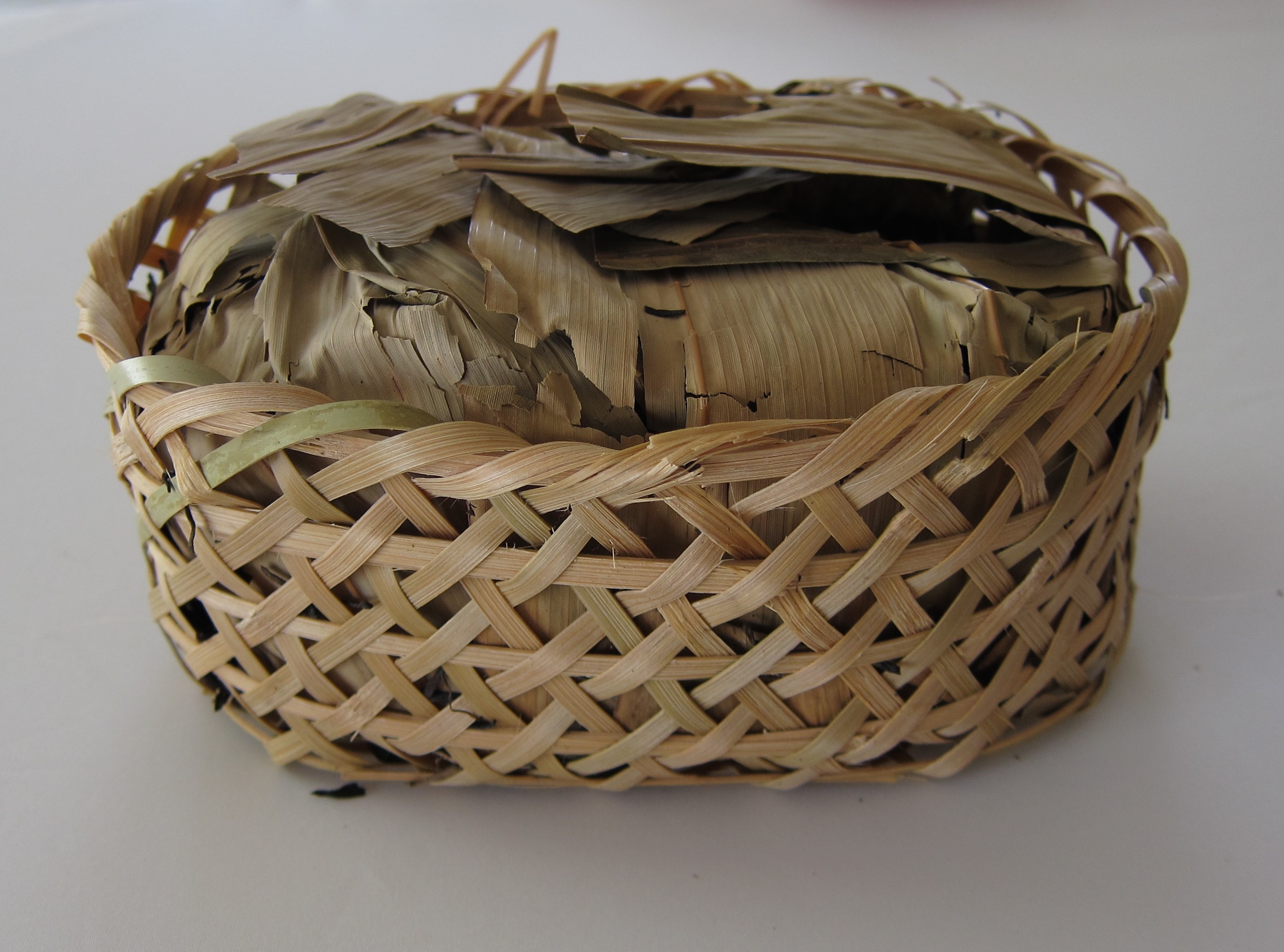 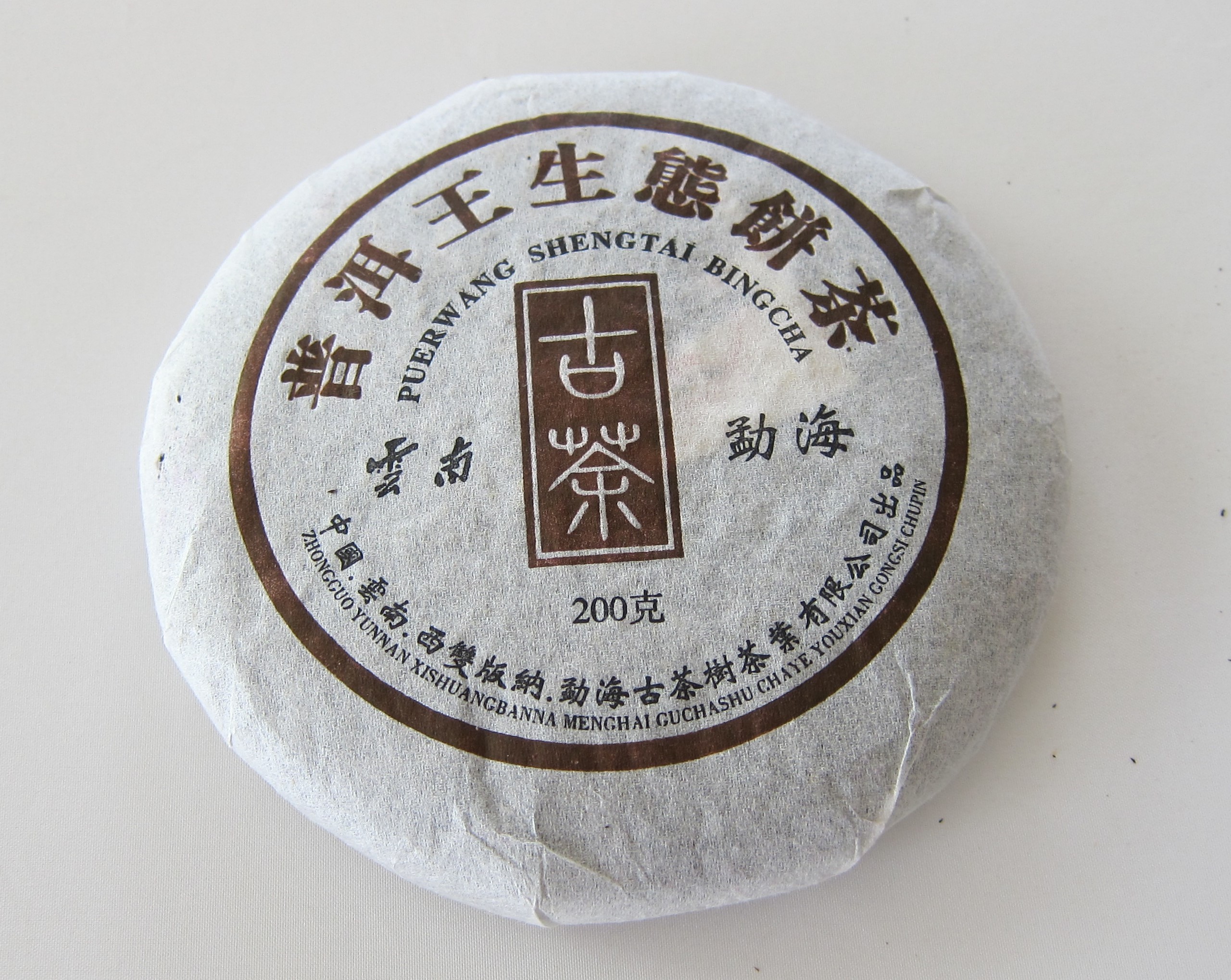 return to the top of page