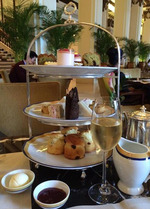 Hong Kong is city where Chinese and Western cultures merge. While 90% of its residents are Chinese, it was colonized and ruled by the British for over a century. Hong Kong is also an important trading port, importing and exporting goods, including tea, to and from all over the world. As such, Hong Kong has a very rich and unique tea culture.

Growing up in Hong Kong, I was familiar with the English high tea at fancy hotels, as well as the Hong Kong-style milk tea (made from Ceylon tea and found in local tea cafes) and the pu-erh tea from Chinese dim sum restaurants. One of my favorite childhood memories was having family weekend dim sum brunches, where pu-erh tea was standard fare. 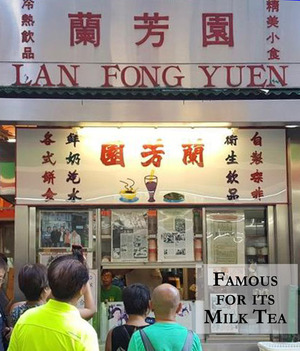 Going to have a dim sum lunch is called "Yum Cha" in Cantonese, which literally means "drink tea." As one can tell, tea and dim sum are symbiotic. During the 1950s and 1960s, dim sum restaurants were called "tea houses," cha low, that opened very early for patrons to grab a quick breakfast and closed in mid-afternoon after the lunch crowd. Back in those days, cha low, was frequented mostly by men. It was a place for them to socialize with friends, to read newspapers while having a quick bite, or just to pass time. Patrons would order a pot or a gaiwan of pu-erh tea and a couple dishes of dim sum while they would stay for hours at a time.

Throughout my childhood, the only pu-erh that was available was the reddish color, earthy-tasting, pu-erh. This type of pu-erh tea typically had been stored in a warehouse for 5-10 years before it was sold to customers. Hong Kong has a subtropical climate and is close to water. Humidity levels during spring and summer can be as high as 95%, with water seeping out from the walls. Tea merchants discovered early-on the role that moisture and heat has on the aging/fermentation of pu-erh tea leaves. Warehousing the tea in basements of buildings by the harbor provided ideal conditions for the tea leaves to transform from green to dark, and from astringent to mellow, a taste profile that enamored many Hong Kong tea drinkers.

At that time few, if any, people in Hong Kong would drink pu-erh that had not been "warehoused." Some even asserted that "young pu-erh was not suitable for drinking" because they believed it was too bitter and too irritating to one's stomach. The aged pu-erh, on the other hand, soothed their stomachs and aided their digestion. 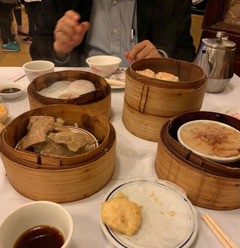 A couple of factors could be attributed to why the aged pu-erh was so popular. Pu-erh back then was an inexpensive household and restaurant tea. Its production was casual, causing the finished tea to be quite harsh and bitter. Also, most Hong Kong residents were southern Chinese, who preferred more processed/fermented food and drinks.

Hong Kong's economy advanced rapidly in the 1970s. Yum Cha became a family affair and the demand for aged pu-erh skyrocketed. Tea merchants' tradition of warehousing the tea for 5-10 years before selling it was unsustainable. In addition, warehousing large volumes of tea cakes was a labor intensive, costly and time consuming task. Proper storage required close monitoring of the temperature and humidity levels of the storage rooms, periodically rotating the teas so their moisture exposure will be even and accurately determining the duration of storage. A mis-step could result in detrimentation of quality and even total loss of the tea. It was at this time the tea manufacturers in Yunnan invented the fermentation technique to create the ripe pu-erh, which emulates the taste profile of the beloved aged pu-erh without years of storage. Since then, we have two primary types of pu-erh - raw and ripe.

Around mid-1990s, the concept of "dry storage" was introduced by Tea Master, Vesper Chan, who dry-stored a raw pu-erh cake that he later named "88 Raw Cake" with unprecedented success. Dry storage means aging the tea cakes in a clean, well-ventilated, moderate humidity and natural environment. This method requires a much longer time for the leaves to mellow out, but the tea retains its original character and flavor. The dry storage method also made it possible for pu-erh lovers to age their own pu-erh collection in their own homes. Using the short steep-time brewing method, Hong Kong pu-erh drinkers slowly became accustomed to the taste profile of newly made raw pu-erh. As pu-erh tea became popular, pu-erh production also improved and became more meticulous, leading to newly produced pu-erh teas that are much more balanced in flavor and drinkable without having to be warehoused for years.

With the emergence of the dry storage method, the improvement of pu-erh tea production, and the invention of ripe pu-erh in the 1970s, the HK warehoused-aged pu-erh gradually became out-of-fashion. However, many pu-erh drinkers in HK and abroad still seek out this uniquely mellow aroma and lingering aftertaste of the HK warehoused-aged pu-erh, which is known for its aged fragrance and mellowness that makes many reminisce and, perhaps, long for an earlier time and by-gone era.

We are lucky to be living in a time where a large variety of pu-erh teas (including the young, the aged, the dry-stored, the HK warehoused-aged, famous mountain sourced, etc.) from which pu-erh lovers can choose and explore. Now is truly "a hundred flowers bloom" era for the pu-erh tea industry.