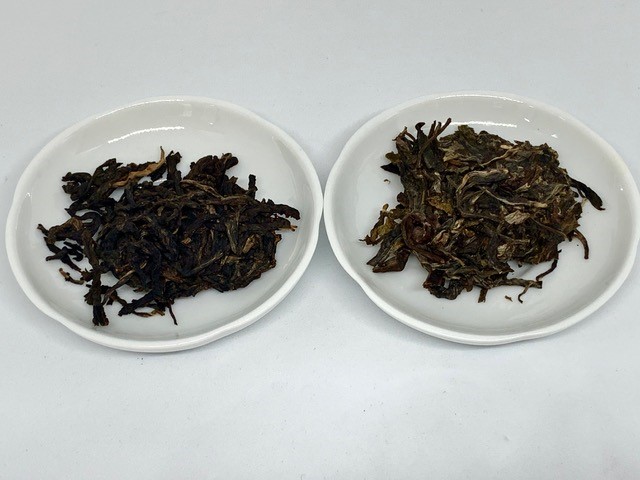 Pu-erh tea is reputed as a tea that improves with age. So is it better to buy aged pu-erh? It depends. Before the mid-1970's, when ripe pu-erh was introduced, aged raw pu-erh was the most common style of pu-erh. In Hong Kong, where pu-erh was most consumed, raw pu-erh was aged in humid warehouses to mellow out the tea's bitterness and astringency before it was sold at tea shops or served at dim sum restaurants.

During the 1990's, pu-erh tea became popular and it transformed from a household tea and a dim sum pairing tea to a collectible tea. Instead of aging in humid warehouses, dry-storage became a trendy method to age pu-erh. The idea behind it was to let the tea ages naturally, thus retaining its natural characters. High quality young pu-erh emerged and suddenly there developed a market for pu-erh enthusiasts to age their tea in their own homes. Classes were offered at teashops to teach tea-lovers how to discern young pu-erh and how best to brew it.

Historically, freshly-processed young pu-erh was harsh and astringent because the making of the tea was rather coarse, mixing tender, older leaves and sometimes twigs together for processing. However, market demand prompted the making of  pu-erh tea to evolve over time. Today, high quality pu-erh not only has strict picking standards, most are region specific and leaf-type specific (old tree, small tree, bushes, etc.) Unlike the old days, pu-erh no longer needs to be aged before consumption, thus debunking the belief that "young pu-erh cannot be drunk." 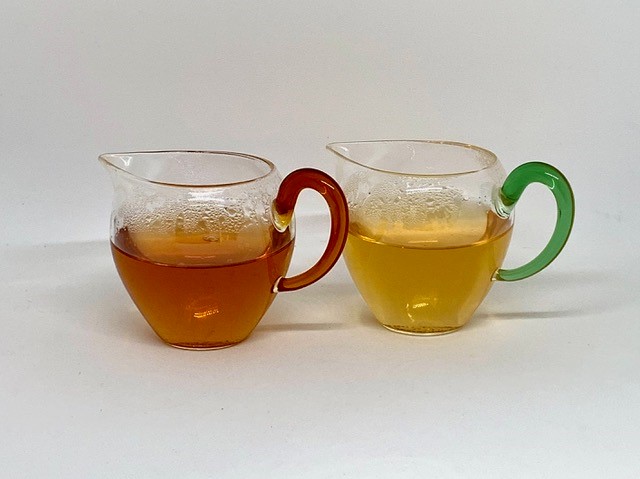 Young and aged pu-erh offer different taste profiles, with young pu-erh being brighter and more aromatic, while aged pu-erh having more depth and a rounder texture. Anecdotally, some aged pu-erh could evoke a very relaxed body experience. The decision to buy young or aged pu-erh depends on one's background and flavor preference. For example, people who grew up in Hong Kong in the 1960's and 1970's would invariably prefer a cup of aged traditionally warehoused pu-erh.

Aged pu-erh usually is more expensive than young pu-erh because of the added cost involved for warehousing and managing of the teas. It is also less available. However, buying aged pu-erh carries certain risks. Not all aged pu-erh are made with good leaf materials or are aged properly. Some are even counterfeits that utilize unhealthy ways to accelerate changes in the tea leaves in order to disguise the tea as aged. Therefore, before investing in aged pu-erh, first familiarize how pu-erh tea changes overtime by tasting pu-erh of varies ages. Purchase from a trusted vendor and always sample before investing in a cake. Caveats aside, buying aged pu-erh enables one to enjoy an exquisite aged tea without having to wait decades.

To conclude, the decision to buy a young or aged pu-erh is contingent upon one's budget, taste preference, and habit. The age of a tea is only one factor to evaluate its value. Other criteria, young or old, are the quality of leaves, processing standards, and storage condition.  To maximize the enjoyment of the varied flavors pu-erh tea offers, explore and you will be pleasantly surprised with each experience.