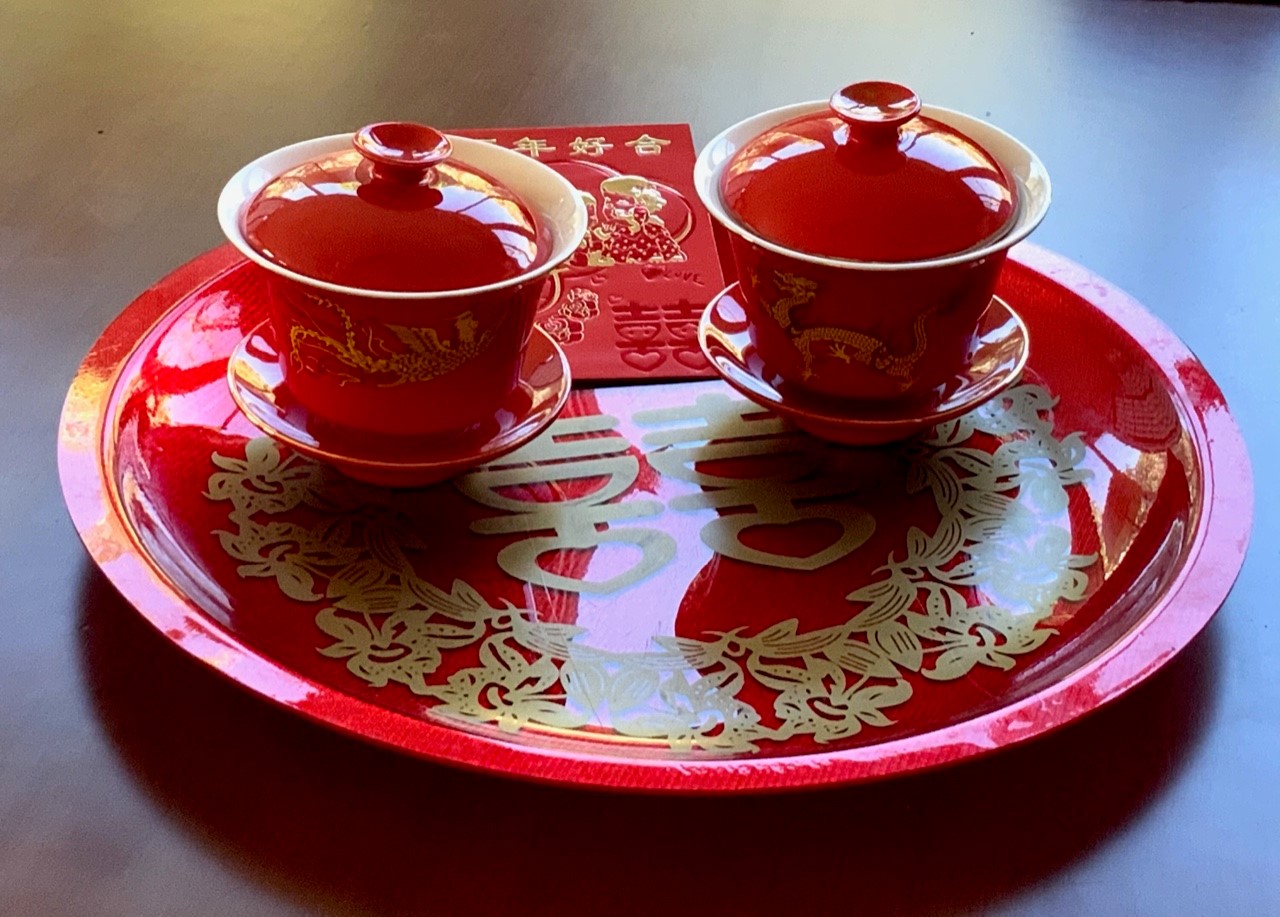 For thousands of years, tea has played a part in Chinese marriage customs.  Tea is symbolic of unwavering love because tea trees require stability and do not fare well if transplanted.  Additionally, tea plants bear many seeds, symbolizing fertility.

Tea has an important part even before marraige.  Upon an engagement, the groom’s family would present a betrothal gift to the bride’s family including, but not limited to, money, wine, food, and tea.  This gift is called chali, which translates in English to “tea ritual.”

On the wedding day, the bride and groom would dress in Chinese traditional clothing and perform a “wedding tea ceremony” to the parents on both sides.  The tradition of the wedding tea ceremony is a way for the bride and groom to show respect and appreciation to their respective parents and elders as they reach this important milestone in their lives.  According to Chinese culture, it is when you get married that you are fully emancipated and become an adult.  At this juncture the bride and groom will take the opportunity to thank their parents for their unconditional love and support.

During the tea ceremony, in different settings, the newlyweds kneel before their parents and elders, serving tea to both sides of the family.  As each family member is presented with a cup of tea by the bride and groom, he or she takes a sip and then places a lucky red envelope or gold jewelry on the tea tray.  The family members also give their words of blessing to the newlyweds.

Today, this tradition remains very popular for weddings in China and abroad even if the wedding itself is conducted in Western-style.   All parties usually dress in red and the utensils used are also red with dragon and phoenix motifs engraved with the character for “Double Happiness.”

Indeed, tea is an integral part of Chinese culture and its role in marriage is just an example of its traditional importance throughout China's history and heritage.